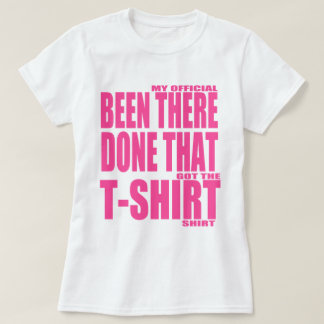 For those of my readers from the UK, it’s in our DNA isn’t it?

A certain level of cynicism can be healthy – such as giving constructive feedback on what won’t work (and your ideas for mitigating). Your critical analysis can make proposed changes even better.

However, it starts to veer in to destructive territory when the focus is purely on the negative, with no alternatives provided. Not only are you not helping your organisation, you’re in very serious danger of earning the wrong kind of reputation and damaging your career. This can lead to a destructive cycle where you might start to be left out of meetings and key decisions which, in turn, can lead to you feeling demotivated – and hence, more cynical.

So, whilst you might never be a cheerleader for change, there are some things you can do to help you become more motivated and approach things in a more constructive way.

Understand where you are on the ‘change curve’ – you might already be familiar with the Kubler-Ross grief cycle For those of you who aren’t, this is a model I’ve used to help people in organisations through major change. Developed in 1969 by Elisabeth Kubler-Ross, a psychiatrist, the model was based on a better understanding of death, dying and grief. To all intents and purposes, the emotions she identified during the grieving process translate in to organisational change – the ‘death’ of a team, department, service or role eliciting the same kind of responses.

By understanding where you are on the curve can help you validate your feelings but also see that there is a way forward. Key here is that you are self-aware enough to know where you are. By asking yourself the question, “what needs to happen for me to accept this change?” you are starting to approach things a bit differently.

Keep your eye on the prize, your ultimate goals – when you’re feeling stressed and downhearted about organisational change it can be very easy to get mired in the minutiae. To pull yourself out of this pattern, it can help to remind yourself of what your overarching career goal(s) are. For example, if you are looking to get a promotion to a more senior position in the next year ask yourself, “to what extent is my current approach to this organisational change helping me to achieve that?”

And if you don’t have clarity on your goals, then making the time to think about and plan for them can act as a good distraction. It’s also a much more productive way of spending your time – giving you the feeling of having more control of your destiny.

Step up and step in to the change – it was Sheryl Sandberg who coined the phrase ‘lean in’ to women looking to progress in their careers. The same phrase rings true if you are unhappy with an organisational change initiative. You can either be on the outside shouting, at often impregnable walls in big organisations, or you can step inside. By participating in the change, you are much more likely to be heard. So, if your organisation has set up focus groups, project teams or ‘meet the chief exec’ sessions to discuss the change then step up and step in.

But remember, if you do participate to be constructive in what you contribute. A helpful thing to do is to prepare your thoughts – maybe list the three key issues you have with the change and some of the ideas you have to mitigate these issues. That way, you won’t have to think on the spot, thereby reducing the likelihood that you’ll go back to being a destructively cynical element in the session. This is a win-win – you’ll sleep well knowing you made your points and you’ll be noticed by decision makers for being a constructive member of the team.

Actively seek feedback from a trusted colleague – sometimes it can be seductively enjoyable to focus on and talk about all that’s wrong. It can be a hard pattern to break and even harder when we do it on our own. This is why it can be helpful to ask a colleague you trust to give you some honest feedback. Just ensure that they are not another cynic, someone vehemently against the change. They should have a good balance of support and questioning of the change.

Try not to ask leading questions such as, “Do you think I’m handling this change well?” Instead, ask questions like “If there was one thing you think I could do differently in handling this change, what would it be?” And remember, don’t shoot the messenger. Your colleague might tell you things you don’t want to hear but that’s the point of this exercise. Try to leave some silence between hearing the message and you responding.

Hayley Lewis is a chartered psychologist and a lecturer on the Masters in Organisational Psychology at City, University of London. She has held various senior leadership roles running services including organisational development, ICT, customer services and communications. Hayley is the founder of HALO Psychology – a consultancy delivering services including supporting organisations with managing change more effectively.

Contact us to find out how HALO can help you deliver your change successfully.